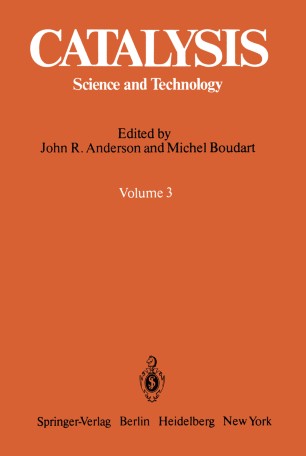 A cursory examination of the current scientific and technological literature is sufficient to show the enormous interest in the possibility of producing liquid fuels from coal. There are, of course, a number of ways in which coal liquefaction may be effected. Many of the important steps are catalytic. The direct liquefaction route, that is, coal hydrogenation, has a long history with origins in the early years of this century. It also has the distinction of being a process which was once operated on a very large scale and which, having died, now shows every prospect of resurrection. The technology which finally emerges will doubtless differ significantly from the original practice, but it ·is sensible for those currently working in the field to be aware of the achievements of the past. Dr. E. Donath, who was personally involved during the heroic years of coal hydrogenation, has provid­ ed an historical account of the subject up to the time immediately following World War II, when the large scale process began its rapid decline to oblivion. Processes involving catalytic oxidation form a very large and important part of chemical industry. The reactions involved are very varied, ranging from the classical oxidation processes of heavy industry, such as the oxidation of sulfur dioxide or of ammonia, to selective oxidations designed to produce specific organic products from a range of possibilities. The chapter by Professor G. K.