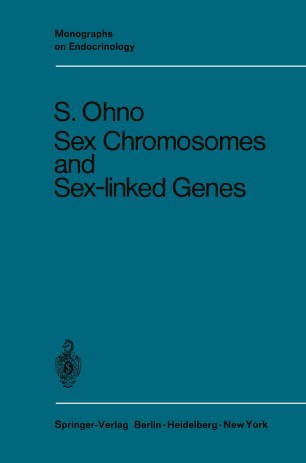 Part of the Monographs on Endocrinology book series (ENDOCRINOLOGY, volume 1)

Natural selection operates among individual organisms which differ in their genetic constitution. The degree of hereditary variability within a species is greatly enhanced by cross-fertilization. Indeed, the mechanism of sexual reproduction occurred very early in evolution, for it is seen today even in bacteria. In Escherichia coli, fertilization occurs by passage of the single chromosome from the male into the female bacterium (LEDERBERG, 1959). In multicellular organisms, the separation of germ from soma, and the production of haploid gametes became mandatory. The gametes were of two types. One, extremely mobile, was designed to seek out and penetrate the other, which loaded with nutrients, received the mobile gamete and intiated the development of a new individual. The foundation for true bisexuality was thus laid. In the primitive state of bisexuality, whether an individual is to be a sperm-producing male or an egg-producing female appears to be decided rather haphazardly. In the worm, Banelia viridis, the minute males are parasites in the female. Larvae that become attached to the proboscis of an adult female become males, while unattached larvae sink to the bottom and become females (BALTZER, 1935). The more sophisticated state of bisexuality was initiated by setting aside a particular pair of chromosomes for specialization and making either the male or the female a heterogametic sex. Sex chromosomes as we know them were thus born.