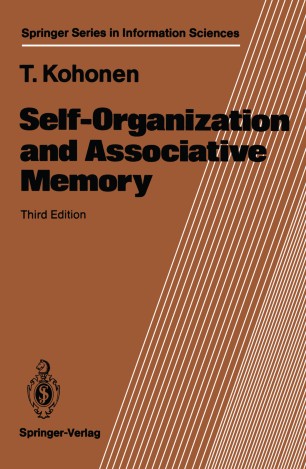 While the present edition is bibliographically the third one of Vol. 8 of the Springer Series in Information Sciences (IS 8), the book actually stems from Vol. 17 of the series Communication and Cybernetics (CC 17), entitled Associative Memory - A System-Theoretical Approach, which appeared in 1977. That book was the first monograph on distributed associative memories, or "content-addressable memories" as they are frequently called, especially in neural-networks research. This author, however, would like to reserve the term "content-addressable memory" for certain more traditional constructs, the memory locations of which are selected by parallel search. Such devices are discussed in Vol. 1 of the Springer Series in Information Sciences, Content-Addressable Memories. This third edition of IS 8 is rather similar to the second one. Two new discussions have been added: one to the end of Chap. 5, and the other (the L VQ 2 algorithm) to the end of Chap. 7. Moreover, the convergence proof in Sect. 5.7.2 has been revised.