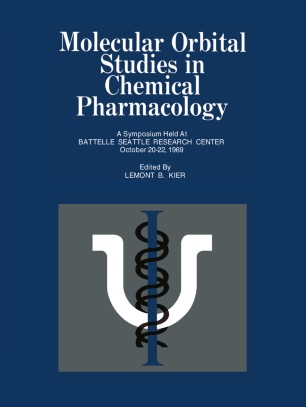 A symposium on molecular orbital studies in chemical pharmacology was held at the Battelle Seattle Research Center of Batteile Memorial Institute in Seattle, Washington, U.S.A, on October 20-22, 1969. This volume is a col lection of the lectures presented at that symposium. The use of quantum mechanics to study the actions of molecules of biological importance is being developed by a number of scientists concerned with these phenomena. The advent of high speed computers has made possible the appl i­ cation of this technique to large molecules, of the kind important in living systems. One result of this expanded computational abi I ity has been the uti I i­ zation of molecular orbital theory by a group of scientists of diverse backgrounds. The lecturers at this symposium, all interested in molecular orbital theory, have backgrounds in pharmacology, physical chemistry, theoretical chemistry, bio­ chemistry and medicinal chemistry. The common denominator among these scientists has been the realization that they must search at the primary level of chemical events for explanations of biological phenomena. Since these events are governed to a large extent by the properties of the valence electrons of molecules, molecular orbital theory offers great promise in explaining and predicting biological phenomena. October, 1969 Lemont B. Kier Table of Contents v Preface BERNARD PULLMAN - Electrons in Nucleic Acids and their Cons- tu ent s JAMES R. HOYLAND - Semiempirical MO Theories: A Critique and 31 a Rev i ew of Progress ••••• . •••.