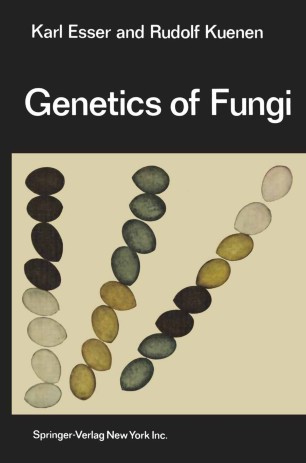 The significance of genetics in biology today stems to a considerable extent from the knowledge which has been obtained through the use of fungi as experimental objects. As a result of their short generation time, their ease of culture under laboratory conditions, and the possibil­ ity of identifying the four products of meiosis through tetrad analysis, the fungi have proven themselves in many ways superior to the classic genetic experimental material such as Drosophila and maize. Because they permit investigation of genetic fine structure as well as biochemical analysis of the function of the genetic material, the fungi can be used, just as the bacteria and bacteriophages, for molecular biological research. Further, the fungi, because of their simple organi­ zation, are suitable for investigation of the genetic and physiological bases of morphogenesis and of extrachromosomal inheritance. This monograph is an attempt to summarize and interpret the results of genetic research on fungi. The reader should be reminded that review and interpretation of original research are inevitably influenced by the authors' own opinions. An understanding of the basic principles of genetics is assumed.