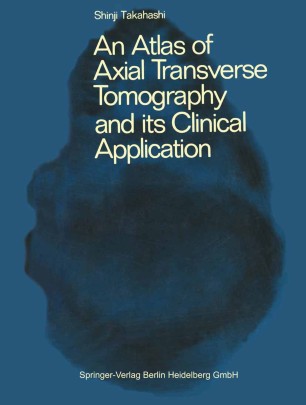 An Atlas of Axial Transverse Tomography and its Clinical Application

In spring this year it will be 23 years since I began to study rotation technique as applied to radiology. In applying this technique to roentgenography the name Rotation Radiography was adopted publicly in 1946. Since then this study has revealed that the technique is valuable not only in diagnosis but also in radiotherapy, and the name Conformation Radiotherapy was publicly an­ nounced in 1960. Through these studies it became clear that it is possible to show the axial transverse cross section of the human body roentgenographically, which could be of great value medically, but it was realized that no detailed roentgenograms of the axial transverse cross section covering the whole of the normal human adult have been published so far. To prepare an atlas was therefore considered basic for the practical application of this method, since without it further developments of this type of roentgenography cannot be expected. Conse­ quently it was decided first to prepare the atlas. In addition, the clinical application of this method to the diagnostic and therapeutic field was described with brief notes on the essential features of the method.