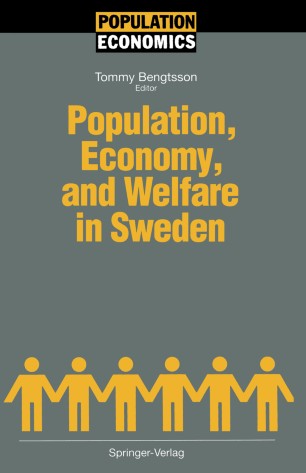 Population, Economy, and Welfare in Sweden

Tommy Bengtsson The Swedish welfare model of the 1960s and 1970s excited great interest among many other countries. Today it still is an ideal image for some but a warning for many others. The reason why opinion about the Swedish welfare model has changed is primarily Sweden's financial problems, which are associated with a badly financed and excessively large public sector. It is argued that the size of the budget deficit is a great problem in itself, but also, and perhaps more importantly, that the large public sector has negative effects on the entire economy since it lead to inefficient allocation of resources. A first step in order to solve these problems is to examine how they arose. The questions then are to what extent the large public sector which Sweden has today results from social entitlements which have come into existence since the 1960s, from the maturing of welfare systems decided upon earlier, from unfavourable demographic developments, or from economic stagnation, and how these factors are interlinked. What is quite clear is that Sweden has had very low economic growth during the 1970s and 1980s compared with the preceding period. But so have many other industrial countries, without their having in consequence found themselves in diffi­ culties as great as Sweden's. Therefore economic stagnation alone cannot explain Sweden's situation.