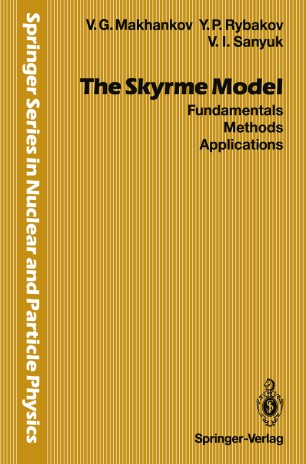 The December 1988 issue of the International Journal of Modern Physics A is dedicated to the memory of Tony Hilton Royle Skyrme. It contains an informative account of his life by Dalitz and Aitchison's reconstruction of a talk by Skyrme on the origin of the Skyrme model. From these pages, we learn that Tony Skyrme was born in England in December 1922. He grew up in that country during a period of increasing economic and political turbulence in Europe and elsewhere. In 1943, after Cambridge, he joined the British war effort in making the atomic bomb. He was associated with military projects throughout the war years and began his career as an academic theoretical physicist only in 1946. During 1946-61, he was associated with Cambridge, Birmingham and Harwell and was engaged in wide-ranging investigations in nuclear physics. It was this research which eventually culminated in his studies of nonlinear field theories and his remarkable proposals for the description of the nucleon as a chiral soliton. In his talk, Skyrme described the reasons behind his extraordinary sug­ gestions, which when first made must have seemed bizarre. According to him, ideas of this sort go back many decades and occur in the work of Sir William Thomson, who later became Lord Kelvin. Skyrme had heard of Kelvin in his youth.