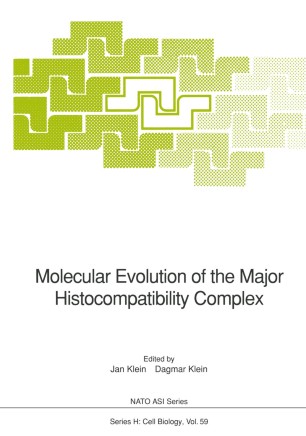 From molecules to populations and back In biology, the most vigorous organisms often ensue from a union of two disparate, pure lines. In science, too, laws of hybrid vigor seem to operate at the interface between two disciplines, an interface that often proves to be fertile ground for germinating concepts and new outlooks. The fringes of research into the major histocompatibility complex (Mhc) have provided such an interface several times in the past and the encounters have invigorated fields such as transplantation biology, cellular immunology, and immunogenetics. In the last few years, a new interface has been emerging between Mhc and evolutionary genetics, and particularly the branch of evolutionary genetics dealing with molecular evolution. Mhc research relies upon molecular evolutionary genetics, with its grand superstructure of mathematical formulations, to come to grips with the events leading to and maintaining the Mhc polymorphism. Without the armament of rigorous statistical procedures developed by evolutionary geneticists, the intricate relationships among Mhc genes cannot be resolved. It will undoubtedly be a molecular geneticist who is the final arbiter in the dispute concerning the nature of the selection pressure molding the Mhc genes. And it is doubtful whether the true function of Mhc can ever be comprehended without the vantage point afforded by the elucidation of its evolutionary history.