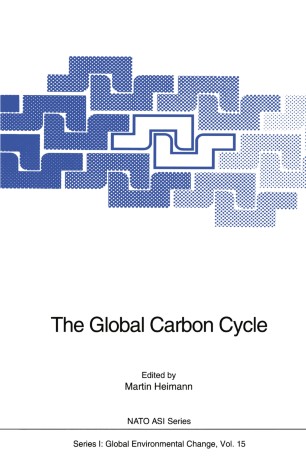 This book is the outcome of a NAill Advanced Study Institute on the contemporary glo­ bal carbon cycle, held in n Ciocco, Italy, September 8-20, 1991. The motivation for this ASI originated from recent controversial findings regarding the relative roles of the ocean and the land biota in the current global balance of atmospheric carbon dioxide. Consequently, the pur­ pose of this institute was to review, among leading experts in the field, the multitude of known constraints on the present day global carbon cycle as identified by the fields of meteorology, physical and biological oceanography, geology and terrestrial biosphere sciences. At the same time the form of an Advanced Study Institute was chosen, thus providing the opportunity to convey the information in tutorial form across disciplines and to young researchers entering the field. The first three sections of this book contain the lectures held in II Ciocco. The first sec­ tion reviews the atmospheric, large-scale global constraints on the present day carbon cycle including the emissions of carbon dioxide from fossil fuel use and it provides a brief look into the past. The second section discusses the role of the terrestrial biosphere and the third the role of the ocean in the contemporary global carbon cycle.