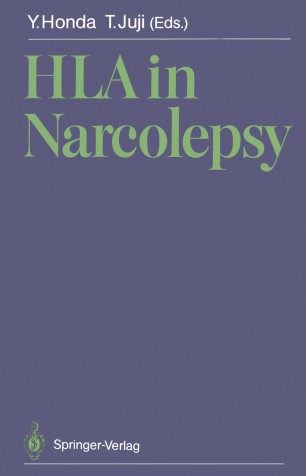 The Second International Symposium on Narcolepsy was held at Fairchild Auditorium, Stanford University, on 6-7 July 1985 under the presidency of Drs. William C. Dement and Christian Guillemi­ nault. It succeeded the First International Symposium on Narco­ lepsy held in La Grande Motte, France, organized by Pierre Pas­ souant in July 1975 in commemoration of the 100th anniversary of the publication of Jean B. E. Gelineau's paper which proposed the naming of narcolepsy. At the second narcolepsy symposium, many important research reports on both basic and clinical aspects of narcolepsy were given by investigators from many countries of the world. Audience inter­ est was particularly attracted by the section on the relationship be­ tween HLA and narcolepsy, in which recent evidence that almost all narcoleptic patients are HLA-DR2 positive was reported by in­ vestigators from Japan, England, France, Canada, and the United States. The close relationship between the HLA antigens, hitherto considered as immune-related genetic markers encoded by genes on human chromosome 6, and narcolepsy appeared to open a new approach not only for the research of narcolepsy but also for the mechanism of sleep in general. Publication of all these new findings on the association of HLA and narcolepsy was considered; an outline was worked out and all the groups agreed to prepare a contribution covering the various aspects of this topic.