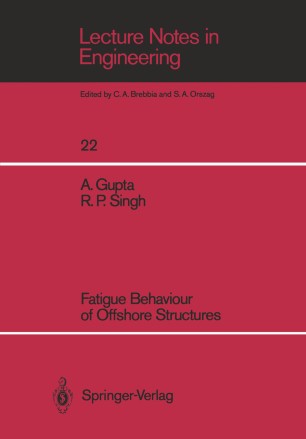 and Literature Rev iew Chapter 1 1. INTRODUCTION AND LITERATURE REVIEW The exploration for oil and gas in ever increasing water depths has given an impetus to research efforts on the behaviour of offshore structures under ocean environment. These structures are continuously subjected to environmental loading because of waves, wind and current. A response analysis is required to assess the safety of offshore structure under severe storm conditions as well as for estimation of damage caused by less severe but more frequently occuring sea states. A majority of the reported failures in the life time of offshore structures are in fact fatigue failures. The offshore structures are usually built in the form of welded tubular structures. The joints of these tubular members experience the fatigue damage mainly due to small defects in welding which act as crack initiators, high stress concentrations and the variable loads. The variable loads due to the ocean waves cause cyclic stress variation in the structural members and the accumu­ lated effect of these stresses results in the fatigue failure.