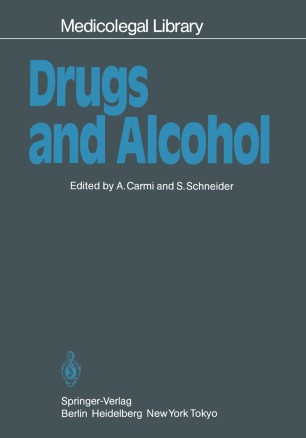 G. di Gennaro Abuse of drugs has reached such magnitude that it is regarded by most govern­ ments, scholars, and experts as one of the major problems of present-day society. The highest values of individuals and social groups are strongly attacked or are at risk as a result of the spread of drug abuse. As a consequence, society is deprived of the contribution of many of its members toward the establishment of better condi­ tions of life. On the other hand, considerable portions of the limited resources of so­ ciety are diverted to assist, cure, and rehabilitate drug addicts. The enormous gains derived from illicit traffic in drugs are contributing tremendously to the strengthen­ ing of criminal organizations and the rise of new aggressive criminal syndicates. The financial means of these groups are invested in illegal enterprises which extend the criminals' power to various sectors of the economy. One should recognize that the vast criminal network which is behind this crimi­ nal big business has achieved such strength that it acts as a counter-power. Corrup­ tion, racketeering, oppression, and illicit influences are among the dreadful ele­ ments which unavoidably accompany drug trafficking. The price paid for this by humanity is incommensurate.