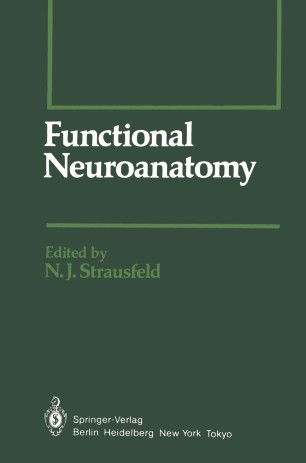 The "functional" in the title of this book not only reflects my personal bias about neuroanatomy in brain research, it is also the gist of many chapters which describe sophisticated ways to resolve structures and interpret them as dynamic entities. Examples are: the visualization of functionally identified brain areas or neurons by activity staining or intracellular dye-iontophoresis; the resolution of synaptic connections between physiologically identified nerve cells; and the biochemical identification of specific neurons (their peptides and transmitters) by histo- and immunocytochemistry. I personally view the nervous system as an organ whose parts, continuously exchanging messages, arrive at their decisions by the cooperative phenome­ non of consensus and debate. This view is, admittedly, based on my own ex­ perience of looking at myriads of nerve cells and their connections rather than studying animal behaviour or theorizing. Numerous structural studies have demonstrated that interneurons in the brain must receive hundreds of thousands of synapses. Many neurons receive inputs from several different sensory areas: each input conveys a message about the external world and possibly also about past events which are stored within the central nervous system. Whether an interneuron responds to a certain combination of inputs may be, literally, a matter of debate whose outcome is decided at the post­ synaptic membrane. A nerve cell responding to an overriding command is possibly a rare event.