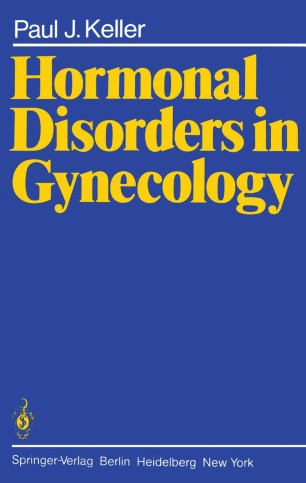 During the past 3 years, little has been added to our funda­ mental knowledge of hormonal disorders in gynecology. Diagnostically, however, there has been an almost com­ plete departure from traditional chemical methods in favor of radioimmunoassay techniques. As a result, diagnostic capabilities which previously were restricted to large cen­ ters have now been extended to the office and small clinic. Accordingly, the chapters dealing with these techniques have been revised and updated. There is also new material on advances in the hormonal treatment of endometriosis and hyperprolactinemic states. Finally, the bibliography has been extensively revised to include a number of recently published books and survey articles of general interest. Paul J. Keller v Preface to the First German Edition Menstrual disorders and sterility are among the most com­ mon complaints noted by both the specialist and general practitioner. For many patients they are far more distress­ ful than is generally assumed. Recent years have brought our knowledge. While this has led to great advances in major improvements in the results of treatment, it has made it difficult for the nonspecialist to keep abreast of developments in the field of gynecologic endocrinology.