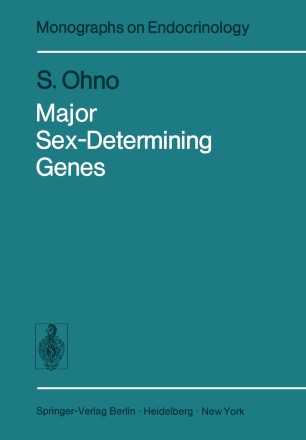 Part of the Monographs on Endocrinology book series (ENDOCRINOLOGY, volume 11)

Upon wresting the control of the earth from the Titans, Zeus assigned the task of creating living creatures to two Titan brothers who had sided with him in the epic battle just concluded. Because Epimetheus, who had been endowed only with hindsight, had the first hand in this creation, all the good attributes were exhaus­ ted by the time the lion, the elephant and other animals were created. When the time came for the creation of man, there were precious few materials left to work with. Not surprisingly, man was made weak and naked. Prometheus took pity on this miscreation and gave man the use of fire. For this foresight, Zeus meted out horrible punishment, binding Prometheus to a rocky pillar in the Caucasas Moun­ tains and letting a vulture consume his liver daily. It seems to me that the ancient Greeks in their unfathomable wisdom under­ stood the essence of the evolutionary process very well. Had Escherichia coli of 200 million years or so ago been endowed with the foresight to anticipate the eventual emergence of and subsequent dominance by mammals of this Earth, they would no doubt have equipped themselves, in anticipation of the coming cer­ tainty, with the lac operon to deal with lactose in the suckling mammalian infant's gut. Had they been able to do so, the actual emergance of mammals would have exerted no selective pressure upon existing E. COLI.