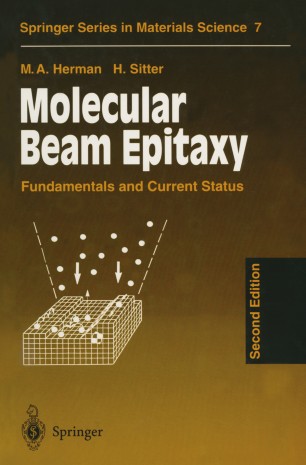 Molecular Beam Epitaxy describes a technique in wide-spread use for the production of high-quality semiconductor devices. This monograph discusses the most important aspects of an MBE apparatus, the physics and chemistry of the crystallization of various materials and device structures, and the characterization methods that relate the structural para- meters of the grown (or growing) field or structure to the technologically relevant parameters of the crystallization procedure. In the present second edition two new fields of activity, which emerged in the 1990s have been addressed. These are: (i) crystallization of as-grown low-dimensional heterostructures, mainly quantum wires and quantum dots, and (ii) in-growth control of the MBE crystallization process of strained-layer structures in order to achieve the highly pre- ferred mode of crystallization, the perfect layer-by-layer growth. A substantial part of the "first edition text", which lost its present-day interest has been removed to have sufficiant space for the most current topics in MBE.