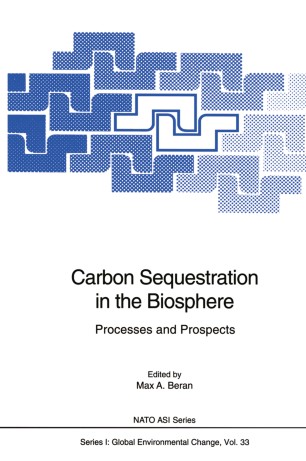 Carbon Sequestration in the Biosphere

Anthropogenic release of carbon dioxide into the atmosphere has been recognized as the primary agent in global climate change.
The volume discusses the possibilities for limiting that increase by the long-term storage of carbon in soils, vegetation, wetlands and oceans. Each of these storage media is analysed in detail to elucidate those processes responsible for the uptake and release of carbon. Several chapters address the practical prospects for deliberate interventions aimed at adjusting the balance in favour of uptake over release, i.e. sequestration, while having regard to simultaneous changes in the various environments.