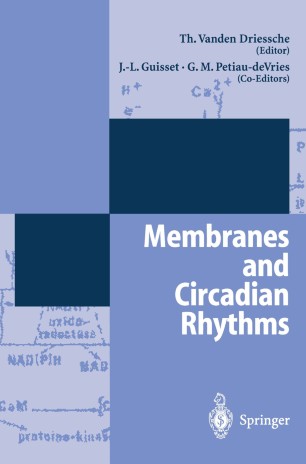 Rambling of an elderly biochemist Most biochemists of my generation, who were trying to discover the pathways of metabolism, simply ignored membranes; or regarded them as a nuisance. Think of the difficulties experienced in studies on cytochromoxidase which one could not separate from « insoluble material )} or again of the desperate efforts during a quarter of a century to unravel oxidative phosphorylation without paying much attention to lipidic membranes, altough the system was known to be associated with them. Hence the amazement and the general skepticism that met at first Mitchell's theory, which was giving membranes the central function they deserve in oxidative phosphorylation and photosynthesis. This, I believe, was a turning point; enzymologists thereafter became aware of the importance of the membranes. Neurophysiologists, of course, had long been interested in the outer cell membrane with its electrical properties and the ion potentials. Histologists and electronmicroscopists also, who observed inside the cell.organelles of which membranes are essential components: nucleus, nucleoli, mitchondria, lysosomes,Golgi apparatus, endoplasmic reticulum, chloroplasts. For them at least, a cell did not look like a mere bag full of enzymes and small molecules; they knew, they could see that it is a highly structured system divided into many compartments by membranous formations.