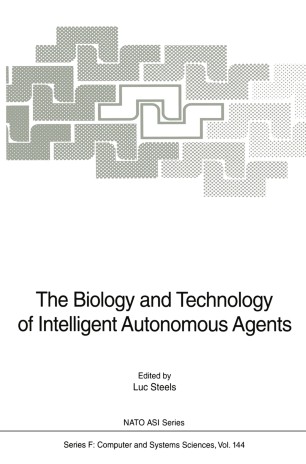 The Biology and Technology of Intelligent Autonomous Agents

The NATO sponsored Advanced Study Institute 'The Biology and Tech­ nology of Intelligent Autonomous Agents' was an extraordinary event. For two weeks it brought together the leading proponents of the new behavior­ oriented approach to Artificial Intelligence in Castel Ivano near Trento. The goal of the meeting was to establish a solid scientific and technological foun­ dation for the field of intelligent autonomous agents with a bias towards the new methodologies and techniques that have recently been developed in Ar­ tificial Intelligence under the strong influence of biology. Major themes of the conference were: bottom-up AI research, artificial life, neural networks and techniques of emergent functionality. The meeting was such an extraordinary event because it not only featured very high quality lectures on autonomous agents and the various fields feeding it, but also robot laboratories which were set up by the MIT AI laboratory (with a lab led by Rodney Brooks) and the VUB AI laboratory (with labs led by Tim Smithers and Luc Steels). This way the participants could also gain practical experience and discuss in concreto what the difficulties and achievements were of different approaches. In fact, the meeting has been such a success that a follow up meeting is planned for September 1995 in Monte Verita (Switzerland). This meeting is organised by Rolf Pfeifer (University of Zurich).