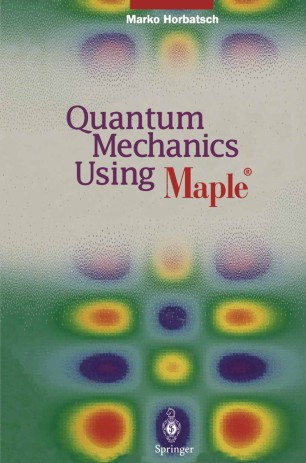 Quantum Mechanics Using Maple permits the study of quantum mechanics in a novel, interactive way using the computer algebra and graphics system Maple V. Usually the physics student is distracted from understanding the concepts of modern physics by the need to master unfamiliar mathematics at the same time. In 39 Maple sessions presented in complete detail in the text and on the included diskette the reader explores many standard quantum mechanics problems, as well as some advanced topics, without tedious paperwork. At the same time a solid knowledge of Maple V is acquired as it applies to advanced mathematics relevant for engineering, physics, and applied mathematics. The diskette contains 39 Maple V for Windows worksheet files to reproduce all the problems presented in the text on a 486-based IBM-compatible PC, Macintosh, or Unix workstation running Maple V Release 3. The suggested exercises and further independent explorations can be performed with a minimum of typing. With minimal modifications in some worksheets, earlier Maple V releases may be used. Also, conversion to non-Windows Maple