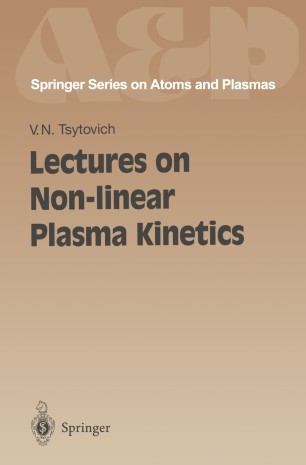 Lectures on Nonlinear Plasma Kinetics is an introduction to modern non-linear plasma physics showing how many of the techniques of modern non-linear physics find applications in plasma physics and how, in turn, the results of this research find applications in astrophysics. Emphasis is given to explaining the physics of nonlinear processes and the radical change of cross-sections by collective effects. The author discusses new nonlinear phenomena involving the excitation of coherent nonlinear structures and the dynamics of their random motions in relation to new self-organization processes. He also gives a detailed description of applications of the general theory to various research fields, including the interaction of powerful radiation with matter, collective laser particle accelerators, controlled thermonuclear research, space physics, solar physics, and astrophysics.