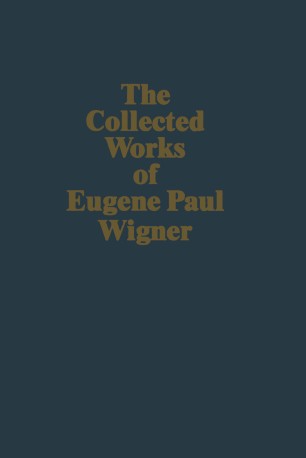 Part of the The Collected Works of Eugene Paul Wigner book series (WIGNER, volume B / 6)

Among the founding fathers of modern quantum physics few have contributed to our basic understanding of its concepts as much as E.P. Wigner. His articles on the epistemology of quantum mechanics and the measurement problem, and the basic role of symmetries were of fundamental importance for all subsequent work. He was also the first to discuss the concept of consciousness from the point of view of modern physics. G.G. Emch edited most of those papers and wrote a very helpful introduction into Wigner's contributions to Natural Philosophy. The book should be a gem for all those interested in the history and philosophy of science. From a review by Silvan S. Schweber in Physics Today, October 1996: "All of the essays in Volume VI are at the level of the curious nonexpert who possesses a minimal command of the quantum mechanical formalism. They are rigorous, lucid and challenging."