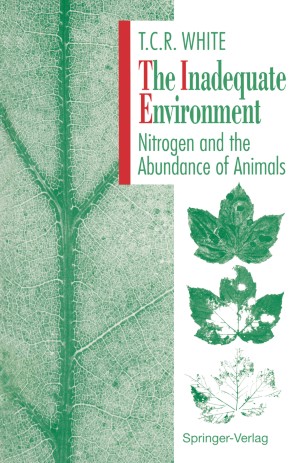 Nitrogen and the Abundance of Animals

Ecology is characterized by a rapidly growing complexity and diversity of facts, aspects, examples, and observations. What is badly needed is the development of common patterns, of rules that, as in other sciences such as physics, can more generally explain the increasing complexity and variability we observe. Tom White, being one of the "seniors" in ecology, makes such an attempt in his book. the pattern he shows and explains with numerous examples from the entire animal kingdom is a universal hunger for nitrogen, a misery that drives the ecology of all organisms. He advocates that the awareness of this fundamental role that the limitation of nitrogen plays in the ecology of all organisms should be as a much part of each ecologis's intellectual equipment as is the awareness of the fact of evolution by means of natural selection. His claim is that not "enery" but "nitrogen" is the most limited "currency" in the animal world for the production and growth of their young.