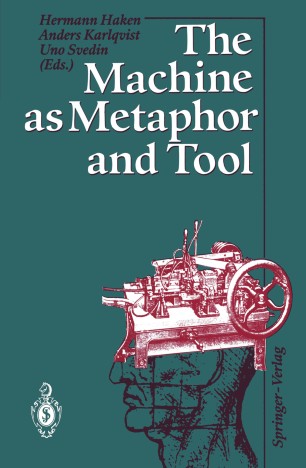 The Machine as Metaphor and Tool

The chapters in this book centre around one main theme, the concept of the machine and its use as metaphor in a variety of contexts. This concept is deeply rooted in western culture and is frequently used to interpret complex systems in nature and society. With the advent of electronic computers, the machine metaphor applied to thinking and the brain has becOIne even more pertinent. The idea of a machine has changed over time. In this book these transformations are made trans­ parent, various aspects of the machine metaphor are discussed and limitations and pitfalls of the metaphor are elaborated. The chapters are written in a non-technical fashion and are accessible to a large readership of scientists and also laymen interested in the scientific per­ spectives and logical foundations of the machine concept that has been so influential in western thinking. The idea of the book has its origin in a workshop held at the Sci­ entific Station in Abisko, Sweden, in May 1990, where several of the present authors participated. The meeting was organized and spon­ sored by the Swedish Council for Planning and Coordination of Re­ search (FRN). Since 1983, the FRN has actively promoted a series of such annual events at Abisko, all of which have been devoted to the exploration of various aspects of complex systems and their evolution.