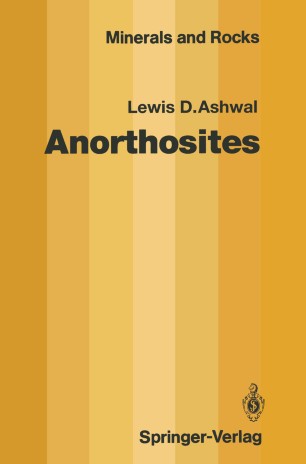 Part of the Minerals and Rocks book series (MINERALS, volume 21)

The idea for a book on anorthosites came to me in January of 1986 while returning to Houston after holiday festivities in Dallas. The original idea was a review paper on anorthosites, but by the time I reached Houston, the subject material I contemplated induding was obviously too extensive for a single paper. The Director of the Lunar and Planetary Institute, Kevin Burke, was receptive to the idea of a book, and suggested that I contact Peter Wyllie, who serves as Editor of the Springer-Verlag series Minerals and Rocks. This effort, which I originally expected would take about a year, has taken nearly 6. I have many excuses- indolence, moving to another continent, other commitments, etc.-but the basic truth is that writing a book is much larger an undertaking than can be anticipated. Many people are aware of this, and I was duly forewarned. . But why write a book on anorthosites? This is a very good question, which I have considered from many angles. One rationale can be expressed in terms of a comparison between anorthosite and basalt. A first-order understanding of basalt genesis has been extant for many years. By contrast, there is little agreement about the origin of anorthosite. There are good reasons for studying and writing about basalt: it is the most abundant rock type on the Earth's surface, and is also plentiful on the surfaces of the other terrestrial planets.