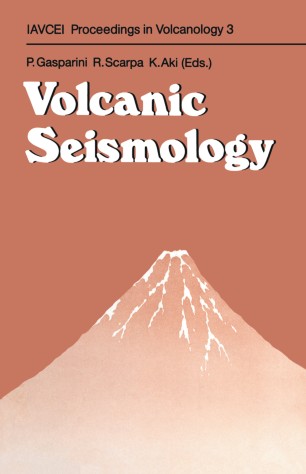 For many centuries people living on volcanoes have known that the outset of seismic activity is often a forerunner of a volcanic eruption. This understand­ ing allowed people living close to the sites of the Mt. Nuovo 1538 eruption at Campi Flegrei, Italy, and of the Mt. Usu 1663 eruption, in Hokkaido, Japan (to quote only two examples) to flee before the eruptions started. During the second half of the 19th century seismographs were installed on some volcanoes, and the link between seismic and eruptive activity started to be assessed on a firmer scientific basis. The first systematic observations of the correlations existing between seismic activity and volcanic eruptions were probably those carried out at Mt. Vesuvius by Luigi Palmieri in 1856. Palmieri was the Director of Osservatorio Vesuviano and built an electromagnetic seismograph with the aim of "making visible the smallest ground motions by recording them on paper and indicating direction, intensity and duration". He was able to show the relationship between earthquakes and the different phases of volcanic activity. He identified the harmonic tremor which he indicated was a precursor of volcanic activity: "the characteristic feature of the ground mo­ tions preceding eruption is its continuity . . . (before the eruption of 1861) the electromagnetic seismograph began to show a continuous tremor". The Palmieri seismograph was also utilized in Japan until 1883, when it was replaced by the new Gray-Milne seismographs, and, later, by the Omori in­ struments.