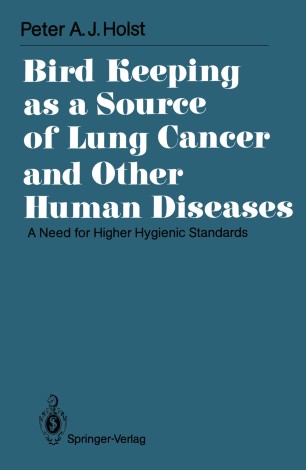 A Need for Higher Hygienic Standards

Birdkeeping is becoming increasingly popular, but could it threaten good health? This book discusses the evi- dence suggesting that keeping pet birds is a strong risk factor for lung cancer. Its relation to a number of other endpoints, including death before age 60 and spontaneous abortion, is also examined. In addition, the book looks at the diseases that can be transmitted from birds to man - a fairly unknown field in general medicine. For instance, birds are a source of airborne particles that can cause allergic reactions in humans. People who keep birds as pets tend to have a higher incidence of shortness of breath, colds, sore throats and other flu-like symptoms than those in households without birds. The evidence presented in this book is the result of a ten-year general practice survey. Some recommendations for future research are given.