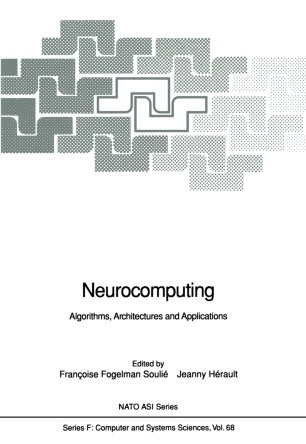 This volume contains the collected papers of the NATO Conference on Neurocomputing, held in Les Arcs in February 1989. For many of us, this conference was reminiscent of another NATO Conference, in 1985, on Disordered Systems [1], which was the first conference on neural nets to be held in France. To some of the participants that conference opened, in a way, the field of neurocomputing (somewhat exotic at that time!) and also allowed for many future fruitful contacts. Since then, the field of neurocomputing has very much evolved and its audience has increased so widely that meetings in the US have often gathered more than 2000 participants. However, the NATO workshops have a distinct atmosphere of free discussions and time for exchange, and so, in 1988, we decided to go for another session. This was an ~casion for me and some of the early birds of the 1985 conference to realize how much, and how little too, the field had matured.