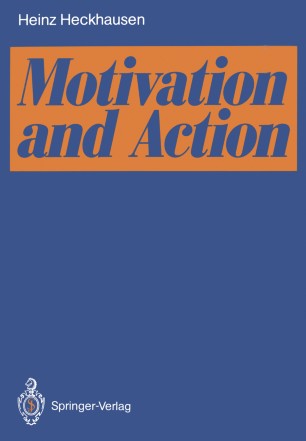 The translation of this volume has been a long and sometime arduous journey giving nearly literal meaning to the Latin term translatus, meaning to carry across. In fact, it required many journeys both geographically, between Canada and Germany, and fig­ uratively, between German and English language, thought, and culture; between the mind of a German professor and that of his American colleague. Whether or not it was all worthwhile must be left to the reader's judgment, but let me outline the rationale for embarking on this venture. When the first German edition of this book appeared in 1980 it was acclaimed not only by German scholars but by those outside the German-speaking community as well. In fact, it received extremely favorable reviews, even in English-language journals, which is unusual for a foreign text. It was recognized that this was far more than just another text book on motivation. For one thing, it exposed and examined the multi­ faceted roots that have contributed to contemporary theory and research in motivation. The author skillfully examined the motivational concepts, theories, and research that have emanated from many areas of psychology such as learning theory, social psychol­ ogy, personality, psychoanalysis, and clinical psychology.