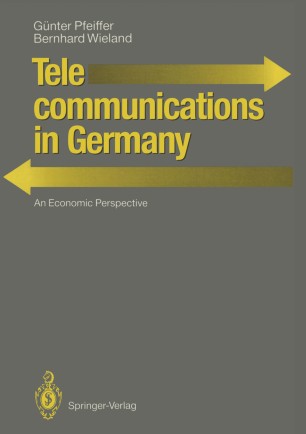 There is currently a proliferation of private telecommunications networks in al­ most every country of the world. More and more companies are setting up own privately managed and controlled telecommunications networks. Some observers fear that this development may lead to a fragmented telecommunications infra­ structure in which communication becomes increasingly difficult. Thus, the "net­ working" of private firms raises questions which resemble certain arguments in the classical "monopoly versus competition" debate in telecommunications. The central problem is whether the creation of a modern and competitive infrastructure can be left to the decentralised decision-making of private economic agents or not. In or­ der to assess this problem it is indispensible to look more deeply into the actual telecommunications activities of firms. In which ways do firms use telematics? In how far are their strategic options increased by telematics? Are there significant differences in the application of telematics across industries? Are there significant differences in the application of telematics across countries with differing regula­ tory regimes? Do large firms try to influence telecommunications policy in order to make it more responsive to their needs? These are only some of the questions focussing on the interrelation between firm's competitive strategy, their use of te­ lematics and the national telecommunications regulatory framework that we want to address in the following for the case of West-Germany.