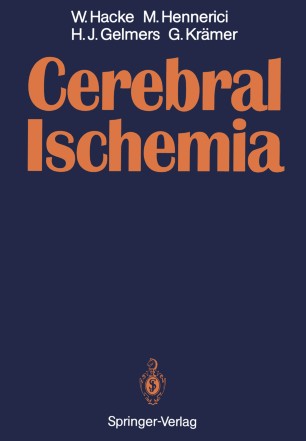 Despite a worldwide reduction in its incidence, stroke remains one of the most common diseases generally and the most important cause of premature and persistent disability in the industrialized countries. The most frequent cause of stroke is a localized disturbance of cerebral circulation, i.e., cerebral ischemia. Less common are spon­ taneous intracerebral and subarachnoid hemorrhages and sinus ve­ nous thromboses. The introduction of new diagnostic procedures such as cranial computed tomography, magnetic resonance imaging, digi­ tal subtraction radiologic techniques, and various ultrasound tech­ niques has led to impressive advances in the diagnosis of stroke. Through the planned application of these techniques, it is even possible to identify the pathogenetic mechanisms underlying focal cerebral ischemia in humans. However, these diagnostic advances have made the gap between diagnostic accuracy and therapeutic implications even greater than before. This fact can be easily explained. In the past, therapeutic studies had to be based on the symptoms and temporal aspects of stroke; it was impossible for early investigations to consider the various pathogeneses of cerebral ischemia. Inevitably, stroke patients were treated as suffering from a uniform disease.