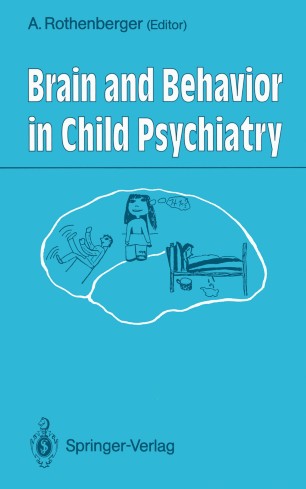 Brain and Behavior in Child Psychiatry

The Brain-What Else! All senses are connected with the brain. From sense-perception derives . . . knowledge. In the brain is the sovereignty ofthe mind. Mind is interpreted by the brain. AIcmaeon of Croton (5th Century B. c. ) The ground is shifting under the traditional approaches to problems in the philosophy of mind. Earlier doctrines concerning the independence of cognition from the brain now appear untenable. P. S. Churchland (20th Century A. D. ) It is not objective of this volume to discuss the history and significance of neuroscience for philosophy from a developmental perspective, although this would be a rather interesting topic. Its object is the relationship between brain and behavior in children as exhibited by higher mental functions (e. g. , speech and language; reasoning, perception, free will and control of motor acts, dependence of behavior on neuronal constraints, the self of the child and therapeutic acti vi ties). Child psychiatrists commonly allude to the brain as the site of disturbance responsible for many developmental disabilities and psychopathological syn­ dromes identifiable by observing behavior (e. g. , dyslexia, delusions), neurological examination (e. g. , soft signs), psychological test performance (e. g. , Bender Gestalt Test), EEG (e. g. , alpha-theta ratio), and CCT (e. g. , pseudoatrophy). While there is nothing inherently wrong with such inferences, the fact is frequently overlooked that there is no specific set of brain-behavior relationships validating these inferences.