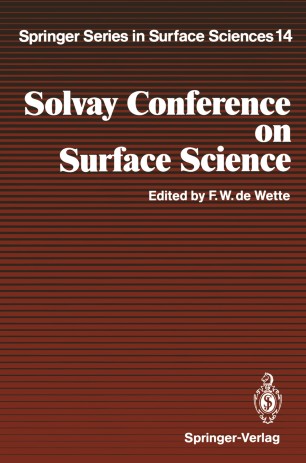 The articles collected in this volume give a broad overview of the current state of surface science. Pioneers in the field and researchers met together at this Solvay Conference to discuss important new developments in surface science, with an emphasis on the common area between solid state physics and physical chemistry. The contributions deal with the following subjects: structure of surfaces, surface science and catalysis, two-dimensional physics and phase transitions, scanning tunneling microscopy, surface scattering and surface dynamics, chemical reactions at surfaces, solid-solid interfaces and superlattices, and surface studies with synchrotron radiation. On each of these subjects an introductory review talk and a number of short research contributions are followed by extensive discussions, which appear in full in the text. This nineteenth Solvay Conference commemorates the 75th anniversary of the Solvay Institutes.