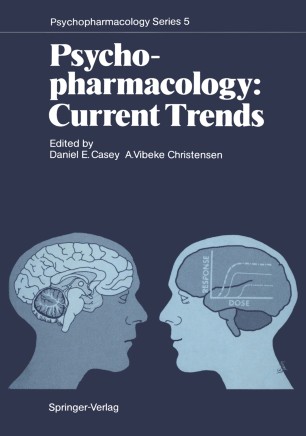 The landmark description by Delay and Deniker in 1952 of chlorpromazine's effect in psychosis suddenly eclipsed all other progress in psychopharmacology over the previous centuries. Since this report 35 years ago, a vast amount of research has contributed to the major advances in treatment that have improved the lives of millions of patients who would otherwise be incapacitated by their psychiatric disorders. This research has also led to valuable new insights into the causes of mental illnesses and the mechanisms of action of therapeutic drugs. However, there is much more work to be done. Thus, it is of great value periodically to assess the present state of knowledge as a first step to charting future directions. This symposium held in Denmark in 1987 covered many critical issues in psychopharmacology. The etiology, pathogenetic mechanisms, clinical aspects, and future directions of research in schizophrenia, affective disorders, anxiety, and dementia are addressed. Several of the problems with current therapeutic agents, such as side effects and limited efficacy, are also reviewed. Preclinical strategies with existing and new animal and computer models are discussed to point the way for developing better psychopharmacologic treatments of all psychiatric disorders.