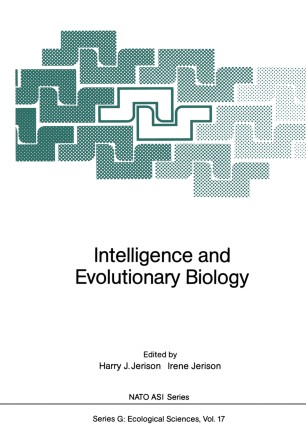 In evolutionary biology, "intelligence" must be defined in terms of traits that are subject to the major forces of organic evolution. Accordingly, this volume is concerned with the substantive questions that are relevant to the evolutionary problem. Comparisons of learning abilities are highlighted by a detailed report on similarities between honeybees and higher vertebrates. Several chapters are concerned with the evolution of cerebral lateralization and the control of language, and recent analyses of the evolution of encephalization and neocorticalization, including a review of effects of domestication on brain size are presented. The relationship between brain size and intelligence is debated vigorously. Most unusual, however, is the persistent concern with analytic and philosophical issues that arise in the study of this topic, from the applications of new developments on artificial intelligence as a source of cognitive theory, to the recognition of the evolutionary process itself as a theory of knowledge in "evolutionary epistemology".