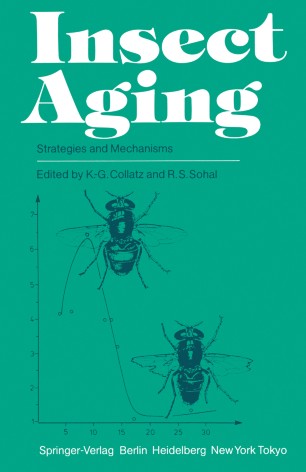 "Leben ist die schonste Erfindung der Natur und der Tod ist ihr Kunstgriff, viel Leben zu haben" . J. W. v. Goethe Life is the most beautiful invention of nature, and death is her device to exhibit most life. The eminent British biologist Sir Vincent B. Wigglesworth noted in 1939 that insects are an ideal medium in which to study all problems of physiology. Many fundamental discoveries in biology, particularly genetics and development, have been made on the basis of studies conducted in insects. Because of their ex­ treme adaptability and diversity, an appropriate insect model is available for the study of virtually any biological problems. The applicability to other groups, including mammals, of basic studies conducted on insects has helped in the gradual acceptance of the fundamental unity of biochemical principles as a dogma among biologists, as well as among enlightened medical scientists. With the recent upsurge of interest in the study of the aging process, in­ sects have been increasingly employed not only for the investigation of basic mechanisms of aging, but also to gain insight into the evolution of aging and senescence. If only one aging mechanism exists, it is foreseeable that some in­ sects, especially Drosophila, will help to unravel its molecular basis. Because of their diversity, existing studies in the gerontology of insects are widely scat­ tered in various specialized journals. This wealth of existing information has not, as yet, been brought together in a synthesized and comprehensive form.