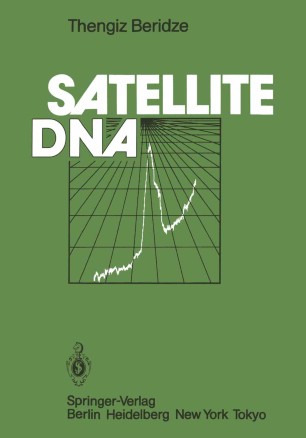 The organization of genomes in higher organisms has been studied extensively in recent years. With current achievements in gene engineering, it seems quite realistic that they will be specifically modified in the nearest future to produce new, economi­ cally valuable forms of animals and plants. The success of these experiments will depend greatly on the level of our knowledge of the structural features of plant and animal DNAs. Comparative studies of DNA from different organisms began with discovery of its genetic significance in the late 1950's. A few years later it was found that nuclear DNA, the main storage of genetic information,~an consist of several fractions differ­ ing in some physical and chemical properties. Along with the "major" DNA, bearing the main load during the genotype functioning, the so-called satellite DNAs were discovered. T. G. Beridze, the author of this book, is one of the pioneers in the study of these extraordinary DNAs. The results of his experiments with plant satellite DNAs have essentially influenced the formation of our current ideas on their structure and prop­ erties.