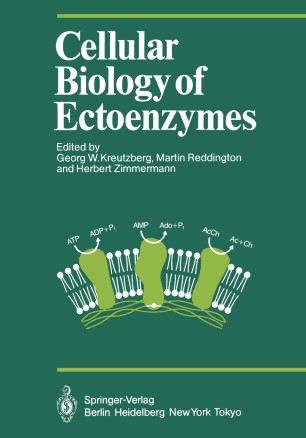 Cells do not normally live as single entities but are grouped together in specific functional and structural configurations in various tissues. Intra­ cellular mechanisms maintain cellular viability and provide the means necessary for their specific cellular functions. The interaction between cells is maintained by mechanisms involving extracellular signalling. Such extracellular mechanisms may include special properties of the cell surface which involve immediate cell contact, but may also represent mechanisms which act at a distance and are mediated via special secretions and/or re­ ceptors. Recent studies on cell-cell contact have tended to stress cell sur­ face components directly mediating cellular interactions; the extracellular medium as a metabolically active compartment has been rather neglected. However, it represents a vital medium through which cells communicate, being important in, for example, chemotaxis in primitive organisms, and in devel~ment and in the coordination of multiple functions in multi­ cellular 0 ganisms. It is not surprising, therefore, that a number of mole­ cular me anisms have developed together with increasing biological complexi during evolution. Two aspects of the extracellular space have received increasing attention in the last few years. First, several macro­ molecules such as collagen, laminin and fibronectin have been identified as components of an extracellular matrix giving a structural dimension to the extracellular compartment.