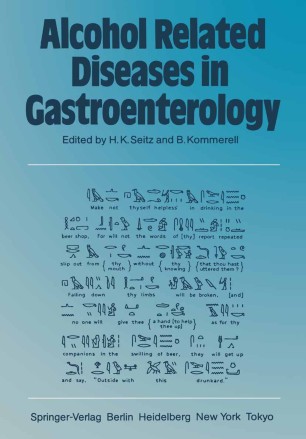 Alcohol abuse ranks among the most common and also the most severe environmental hazards to human health. Its significance is heightened by the possibility of prevention by elimination of the habit, however, rarely exerted. The incidence of deleterious effects on human health has relentlessly risen in the past years for a variety of factors. They include migration of populations and, particularly, increased urbanization. Thus, in some parts of the world, population groups previously spared have become involved, which is also re­ flected in the increasing number of breweries and distilleries in the developing countries. Social, religious, and gender-related barriers to alcohol consumption are loosening, and the financial improvement of some segments of populations now enable them to buy alcoholic beverages. Thus the greatest percentage rise in the United States has recently been in black women. Adolescents and young people drink more alcoholic beverages than ever, and growing alcohol abuse by pregnant women has let to an increase of the incidence of the fetal alcohol syndrome. While the social and behavioral, including psychiatric, consequences of alcoholism are staggering, the gastrointestinal and, particularly, hepatic manifestations are the most widespread somatic effects, and chronic hepatic disease in alcoholics appears to cause the greatest cost to society. Indeed, mortality from liver cirrhosis is considered a reliable index of alcohol consumption in a country.