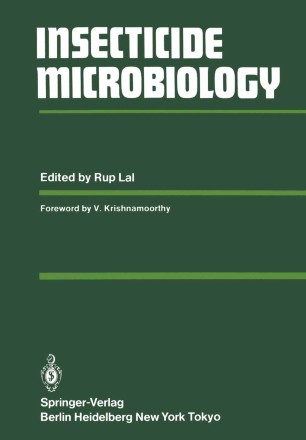 Of all the food produced in the world one third is lost to insect pests, weeds and diseases, and the total world population is estimated as growing from 4000 million in 1975 to about 6000 million by the year 2000. To satisfy these needs, the world's farmers must meet the extra requirement every year. The easiest way in which farmers can increase the amount of food they produce is to prevent the loss due to pests. The biological control measures which were once thought to be the safest methods of pest control have, as we now know, not proved successful on a commercial scale. In such a dismal situation the only solution is to use pesticides to save the losses from pests and to increase the crop yield. Apart from agriculture, pesticides have also contributed much to human com­ fort by controlling the vectors of typhoid, malaria, sleeping sickness, filariasis, dengue hemorrhage fever, plague etc. On the other hand, the indiscriminate use of insecticides and their harmful effects on nontarget organisms has attracted much attention from people in all walks of life, for example, scientists, administrators, the press and the public. The harmful effects of insecticides on higher organisms such as birds, fish and mammals are easy to observe and have received much attention. However, the interactions of insecticides with microorganisms such as bacteria, fungi, algae and protozoa have gone unnoticed until recently.