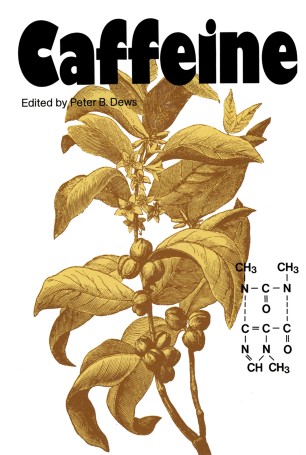 Before the late 1970s, interest in caffeine among both the general public and the scientific community was at a relatively low level for many years, even though it was recognized that caffeine was an al­ most universal component of the diet. The National Coffee Associa­ tion was supporting a continuing program of research, some re­ search was being conducted by a few of the largest companies selling coffee, and an occasional university researcher became inter­ ested in caffeine and conducted experiments, often on effects of caf­ feine in very high concentration in vitro on skeletal muscle fibres or on dividing cells. Since 1978, however, there has been a mighty up­ surge in both public and scientific interest in caffeine. It is interest­ ing to note that this was prompted not by discovery of hitherto un­ known effects or hazards of caffeine, but by the actions of a regulatory agency, the Food & Drug Administration (FDA) of the U. S. Public Health Service. The U. S. Congress passed new laws on foods and drugs in 1958. One of the provisions was for testing of food additives to assess risk to health. As it was clearly impracticable to require immediate test­ ing of all additives already in use, a list was drawn up of some hun­ dreds of additives that were generally recognized as safe (GRAS).