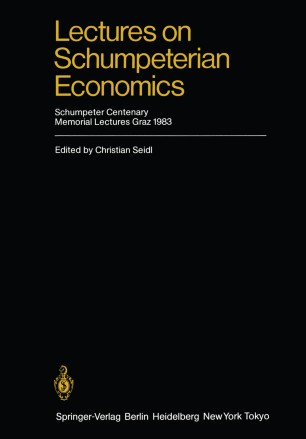 Nobel laureate Sir John Hicks has with good reason called the third quarter of the 1 twentieth century the age of Keynes • Sir John nevertheless diagnosed a crisis of Keynesian economics even before this period had expired. But if only a few gifted scholars had foreseen the crisis of Keynesian economics before 1975, this year at least marked the ultimate disenchantment of Keynesian economics. Keynesian economic policy proved ineffective to cope with the economic challenges of the late seventies: unemployment, inflation, and stagnation of economic growth. Alarmed governments resorted to more and more intense remedies out of the Keynesian box of Pandora. But all they got was the creation of additional difficulties, aggravating the situation still more: soaring public debt, extraordinary balance-of-payments deficits, and economic instability. It had been argued until quite recently that capi­ talism could have survived only "in the oxygen tent of government deficit spend­ 2 ing ". But it has become patent since the mid-seventies that it is first and foremost the Keynesian oxygen tent that has produced the present embarrassment of capital­ ist economies. The present economic malaise in nearly all Western countries has accordingly led to considerable unrest in the economics profession. Somewhat reminiscent of the thirties, a feverish search for alternatives to the prevailing but insufficient econ­ omic doctrine has begun. Among the candidates to be screened, Schumpeterian economics takes a prominent place.