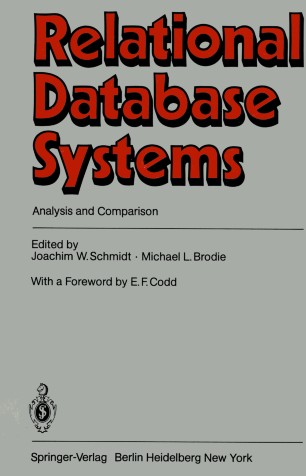 After a long period of research, development, test and trial, relational database management systems are at last being marketed in force. The feedback from early installations of these systems is overwhelmingly positive. The most frequent comment by users is that productivity has been increased by a significant factor (from 5 to 20 times what it was using previous approaches). Another comment is that, in many cases, end users can now handle their own problems by direct use of the system instead of using application programmers as mediators between them and the system. As the reputation of relational systems for ease of use and enhanced productivity has grown, there has been a strong temptation for vendors of other approaches to exploit the label "relational" somewhat indiscriminately. In some cases the label is being misapplied to a whole data system; in others it is being misapplied to an interface. It is therefore worth developing criteria which database management systems (DBMSs) should have in order to be called "relational". The Relational Task Group (RTG) of the American National Standards Institute (ANSI) undertook such an effort by developing a characterization of RDBMSs and analyzing fourteen DBMSs per this characterization. The result of this work is presented in this book. The conclusions of the RTG are in agreement with my view that a DBMS should not be called "relational" unless it satisfies at least the following conditions: 1. All information in the database is represented as values in tables.