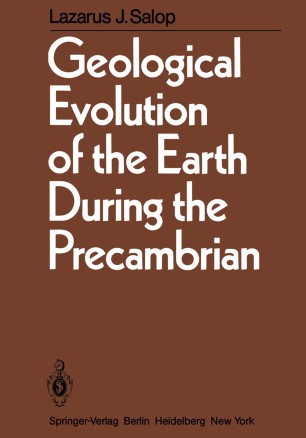 Geological Evolution of the Earth During the Precambrian

Progress in Precambrian geology has been exceptionally great, indeed quite striking for geologists of the older generation; only some 30-40 years ago the Precambrian appeared as an uncertain and even mystic prelude to geologic evolution. Even the very name - Precambrian - means some indi­ visible unit in the early history of the Earth, the beginning of which is poorly known. At the same time it was obvious that the Precambrian formations are of extremely varied and complex composition and poor knowledge and lack of reliable methods of division and correlation were to blame for the lack of significant progress in studies of this early evolutionary stage of the planet. Certainly, even at the very start of Precambrian studies, the results obtained were quite promising, lifting as they did the mysterious veil over the regional Precambrian; but they presented no general realistic picture of this early stage in the Earth's evolution at that time. Recently, this situation has completely changed, due to new methods of study of the older forma­ tions, and due also to the refinement of some well-known methods, in particular of division, dating, and correlation of "silent" metamorphic strata. Application of different isotope methods of dating was most impor­ tant in providing objective rock age and thereby the age of geologic events recorded in these rocks. Thus it became possible to reconstruct the oldest geologic period of our planet.