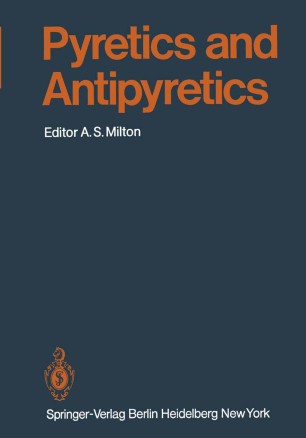 Fever has always been recognised as the major sign of infectious disease as well as being associated with other illnesses. The suggestion of publishing a volume dedicated exclusively to the subject of fever in the Handbook of Experimental Pharmacology series was one that greatly appealed to me, and I felt very honoured when I was invited to edit it. The first ideas about this volume were conceived in the latter part of 1977 and by the middle of 1978 the first authors had been approached. As is usual with such publications, by the time the first manuscripts were beginning to arrive in the late spring of 1979 there were still a few chapters for which authors had not yet been found. Finally by the end of 1981 the volume was complete. Because of the span of time over which the chapters were written, some refer to more recent work than others; however, I do not feel that this detracts from the overall contribution of all the chapters.