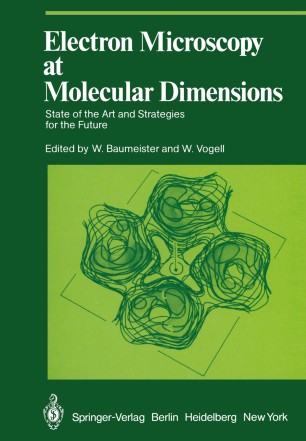 State of the Art and Strategies for the Future

If, ten years ago, one had been asked to comment on the prospects of peering into the fmest details of biomolecular organization, most electron microscopists would, I suppose at least, have been quite en­ thusiastic. When, during the early seventies, several groups were success­ ful in visualizing single heavy atoms, which undoubtedly was a techni­ cal triumph, this prompted the most sanguine expectations among bi­ ologists. In the following years, however, it began to transpire that radiation damage might impose limitations preventing us from taking full advantage of these exciting instrumental feasibilities. Fortunately, the radiation damage nightmare did no paralyze further activities, and it was in particular the work on the purple membrane which, brilliant­ ly exploiting the redundancy stratagem, revealed exhilarating new perspectives. Now, almost five years later, it seemed timely and appro­ priate to organize an international symposium to discuss and weight recent activities and current trends in "molecular microscopy". In planning this symposium, we selected topics according to our view of what is important or will deserve more attention in the near future. Taking into consideration suggestions made by the invited participants, some supplementary aspects were included; as a conse­ quence, the program developed somewhat beyond the scope as adum­ brated by the original title of this meeting (Regular 2-D Arrays of Biomacromolecules: Structure Determination and Assembly). As the meeting was organized, we had three morning sessions aimed at reflecting the "State ofthe Art".