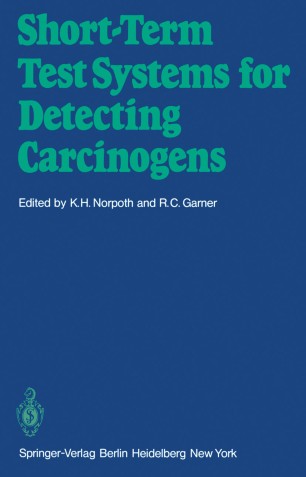 The varying cancer incidence from country to country and region to region suggests that en­ vironmental factors play a considerable role in the aetiology of cancer. Whether these factors in the environment moderate the effect of car­ cinogenic chemicals or whether they might them­ selves be carcinogenic is not known at the present time. What is known is that there are various chemicals, both naturally occurring and man-made, which can induce cancer in man. In the Western world estimates vary as to how much cancer is occupational in origin; the figures range from 1% to 40%. It is our feeling that probably about 10% of cancer has a direct oc­ cupational origin. Nevertheless this number is considerable and it behoves us therefore to identify those chemicals which are carcinogenic and to reduce human exposure. Recent work on the mode of action of carcinogenic chemicals suggests that the majority exert their effect through an activation step to give elec­ trophilic metabolites. Such metabolites have as a common feature the ability to react with cel­ lular nucleophiles to give covalently bound products. Such reaction will occur after carcino­ gen treatment of animals with nucleic acids par­ ticularly in target organs. It is reaction with nucleic acids that provides the basis of a num­ ber of short-term tests for carcinogens, since the basic composition of DNA is similar in micro-organisms and in human cells.