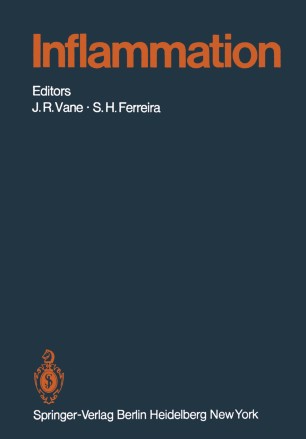 Throughout the centuries, inflammation has been considered as a disease in itself. This misconception arose from the inability to distinguish between inflammatory changes and the insults which induce them. The understanding of the distinction between the genesis of inflammation and the tissue reactions that follow is attributed to JOHN HUNTER, who, at the end of the 18th century, substantially contributed to the analysis of inflammation in objective terms. Today, however, we are still trying to find explanations for Celsus' Signs in terms of structural and functional changes occurring in the inflamed tissue. There are drugs which modulate these signs but, without a detailed knowledge of the basic physiopathological events, it is impossible to understand their mechanism of action. Notwithstanding, the effects of anti­ inflammatory drugs provided new knowledge of the relevance of the signs and symptoms to the sequence of biochemical and morphological changes occurring in inflammation. When we accepted the invitation to edit a Handbook on Inflammation and Anti­ Inflammatory Drugs, we were aware of the magnitude of the task. We knew the impossibility of covering the whole field in detail, especially taking into account the rapid accumulation of experimental knowledge which would, in all likelihood, overtake the process of publication.