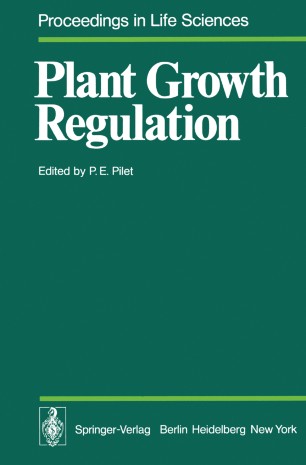 The 9th International Conference on Plant Growth Substances was held at the University of Lausanne, August 30-September 4, 1976. This meet­ ing was sponsored by the National Swiss Foundation for Scientific Re­ search (FNRS), the Fonds Herbette of the Faculty of Sciences of Lau­ sanne, by several other official sources, and by a few Swiss indus­ tries. The conference was attended by over 420 scientists, represent­ ing 42 countries, with a total of 550 participants. Our 9th conference was rather different from the previous ones. The usual short submitted papers followed by a too brief discussion were replaced by three kinds of scientific communications. First in the reports, authors gave a critical analysis of a selection of broad to­ pics, directing their comments to new perspectives of research and me­ thodology. Second, the paper demonstrations, presented by over 200 scientists, induced large and fruitful discussions and ensured that personal contacts were made. Finally, during four workshops, several interesting points - introduced in the reports and paper demonstra­ tions - were developed and discussed.